Circus “Kobzov” continues to sell tickets in Kiev, despite the ban 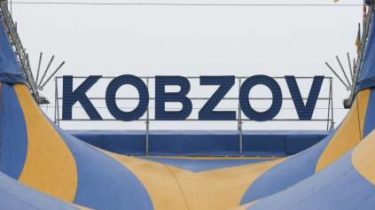 Circus “Kobzov” works and continues to sell tickets for their performance in Kiev, despite the ban of the Kyiv city state administration for the detection of measles one of the employees of the institution.

It is reported Public radio.

Videospace measles in Kiev: the parents accuse the circus in the spread of the disease

In the wards of the city children’s infectious hospital for almost a week closed on 12 children with their parents. Vaccines do not work in 5% of cases. But it’s the only way to fight the disease. Cure for measles exists, it can only be prevented. To avoid such, as the doctors say, seasonal outbreaks, needs to be herd immunity. 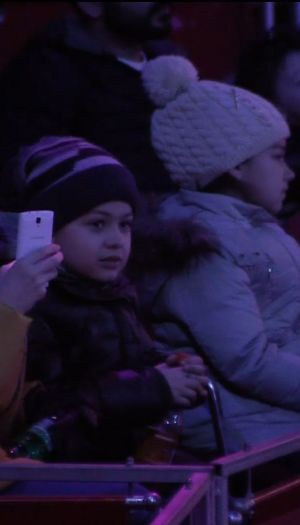 The owner of the circus Nikolay Kobzov stated that he had not received any official document with the requirement to stop work. In his opinion, grounds for closure of the circus, on Kontraktova square no.

“We came to the test, but we understand that this is just hyped on the Internet scandal. Since last year at circus Kobzov powerful “bump”, it is trying to destroy and close. We have become the victim of a strange yet to people or competitors”, – said Nikolay Kobzov.

In the Odessa region, died of measles 5-year-old child

According to him, no employee of the circus in Kiev on measles wasn’t a case of the disease infection were identified in Chernivtsi. Kobza says that employees of the circus in recent times passed a medical examination on 15 December.

The head of the Main Department of Gospodarevskaya Oleg Ruban, in turn, stated that he had an official letter from the KCSA on the termination of sale of tickets of the circus from the 11th of January. In case of default provisions of the circus will be threatened by criminal liability.

“Today is limited, replaced by a group of staff in the institution. All the staff who allegedly had contact with sick with measles, sent for further medical examination,” – said Ruban.

“About the epidemic speech does not go”. Suprun urged parents to vaccinate their children against measles

As previously reported, in Kiev measles sick 12 children. Parents assume that they all got infected after a visit to the circus “Kobzov”. However, the circus denies all charges and believes that they “are trying to destroy dirty and baseless accusations”.

“In this institution there is one patient. He got sick in December. Due to the fact that employees do not regularly undergo medical examinations, it was decided to terminate the operation of this institution on the territory of Kiev”, – he said.