Militants blow up their victims for profit – intelligence 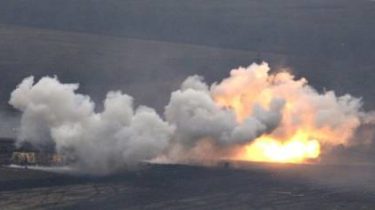 For the profit of the militants is undermining the bodies of their dead in the Luhansk region. It is reported reconnaissance staff ATO.

It is noted that the management team of 6 separate motorized rifle regiment 2 AK so-called “LNR” was destroyed by the bodies of two dead militants by blasting. Warlords did that to hide the death of two subordinates, and to pay compensation.

“You beats Russian world”: Kozlovsky told about the torture of militants

“Thus, the leaders of the Russian occupation of the unit once again hid the facts with senior management about the losses among the personnel. In the future, they plan to get their salary, counted the dead in the lists of missing persons”, – is spoken in the message.

The press center of the ATO headquarters reports: For profit militants undermine the bodies of their dead According to information from the intelligence staff And…

Posted by the Press center of staff ATO on Friday, January 12, 2018

6 separate motorized rifle regiment 2 AK “LC” engaged in hostilities against the Armed Forces of Ukraine in Lugansk direction in the area of Popasnaya.

Earlier, militants occupied the village of Zaitseve Russian mercenary killed an employee “of the Ministry of state security of the DPR”.