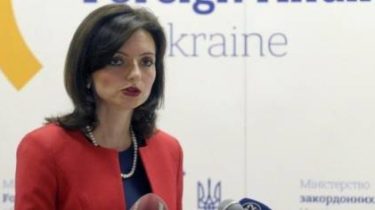 The Ministry of foreign Affairs of Ukraine is working on the issue concerning the proposal of Russian President Vladimir Putin to return Ukrainian military equipment from the annexed Crimea.

“The question has many aspects,” she said.

According to his press Secretary, Dmitry Peskov, Putin’s proposal to transfer military equipment from Crimea to Ukraine – a gesture of good willto bring relations with Ukraine from the “hostile and deplorable condition.”