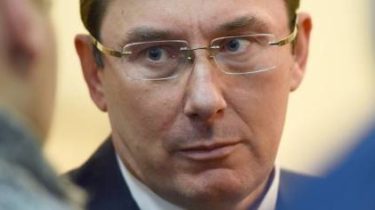 The Verkhovna Rada Committee on national security and defense invited Prosecutor General Yury Lutsenko at the meeting that he reported on specefication funds have deprived the title of President Viktor Yanukovych and his entourage.

This was stated by the Chairman of the Committee Serhiy Pashinsky.

“Officially inviting the General Prosecutor on Wednesday to us on the Committee to report how much we seized, from whom, and what are we doing to seize,” he said.

According to Pashinsky, the question of special confiscation is essential to the national security of Ukraine.

As noted, the Prosecutor General are expected on Wednesday, January 17.