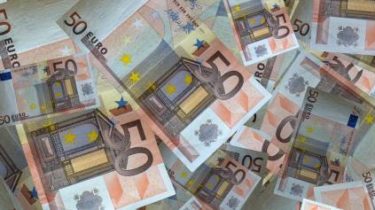 The hryvnia has set a new record for the last three years: for one us dollar was almost 29 hryvnia and the Euro crossed the mark of UAH 35. Some experts say that by the spring of the exchange rate stabiliziruemost, others are not so optimistic, and ordinary Ukrainians are preparing for the worst, says the story TSN.19:30.

The National Bank key reason for the cheapening of the hryvnia is called seasonal factors, talk about them and experts. “The expenditures of local budgets, simple budget, usually, we know, is built in the end of the year. We remember: pensions were paid for January to December, importers are some contracts signed, certain payments are” – says the event an investment banker Sergey Fursa. In his opinion, the hryvnia stabiliziruemost, and in the spring will begin the strengthening of the national currency.

Videography has set a new record for the last three years

One U.S. dollar was almost 29 hryvnias, and Euro exceeded UAH 35. Some experts say that by the spring of the exchange rate stabiliziruemost, others are not so optimistic. The Ukrainians are still preparing for the worst. 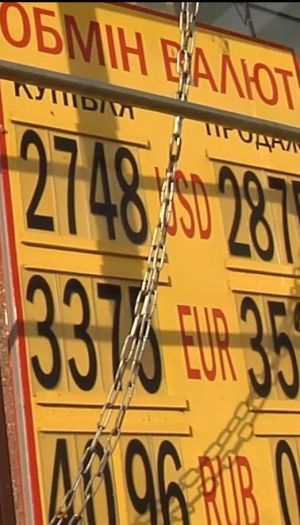 Other experts warn that a quarter of the items you are buying, Ukrainians are branded, and therefore the increased rate will raise prices on them. Separate sore point – gas. “Our main supply of gas, even of Russian origin, go through Europe and we pay not UAH, not in rubles and in euros. And this can be a serious problem,” explained economist Oleg Ustenko.

The dollar continues to appreciate rapidly in the courses of the national Bank. Infographics

Ordinary citizens the situation of course a frankly unnerving, because people fear that the torque will drop further, and prices will rise. “I can’t go to the store – I go, on tour. Looked and went,” complains one of the passers-by.

Not conducive to the strengthening of the hryvnia, the reluctance of the authorities to the conditions of the International monetary Fund. Ukraine has in writing informed that the adoption of the presidential draft law on the anti-corruption court, as currently drafted, would mean the violation of the authorities of their obligations to the international partners. “Everything that we have now, the macroeconomic situation, the growth of which occurs by the IMF program. If Ukraine does not reform in and out of IMF programs, it all ends the same way as the stability of the hryvnia,” – said Fursa.

The NBU explained why “jump” the hryvnia

From the increase in the exchange rate benefit only exporters. Now 40% of Ukrainian exports go to Europe.