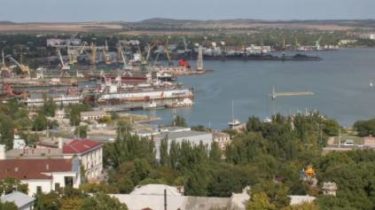 Diesel generators German company MAN was in occupied Crimea, despite the sanctions.

It is reported by Russian newspaper RBC, citing a source familiar with materials of Ministry of transport. Also this information was confirmed by a partner of several Russian shipbuilding companies.

Videomouse the court refused to arrest the Siemens turbine, as required by the company

According to interlocutors of publication, the generators were put on the Kerch shipyard “Zaliv” for construction of salvage vessel value of 2.79 billion rubles Initially planned to buy generators from Finnish company Wärtsilä, but the company refused to supply equipment to the occupied Crimea.

The MAN said that he did not know about the use of its generators on shipyard “Zaliv”.

“We do not participate and was not involved in any current or recent projects with the plant “Zaliv”, — said the representative of the German company, adding that the MAN didn’t put generators on the Bay “over the last ten years.”

The MAN also noted that strictly follow the EU sanctions, which prohibit the supply generators to Crimean companies or use them in the Crimea. The company admitted that “the Bay” could use equipment, which has been produced for other courts, but “MAN can’t control and know about it.”

The representative of the Federal Ministry of economy and energy of Germany said that the government does not comment on export by private companies. “It is the duty of companies to comply with the terms of the EU sanctions,” he said.

In the Russian Ministry of transport on the request of the Russian journalists did not answer.

Earlier it was reported that the Finnish company Wartsila will supply generators Crimean shipyard “Zaliv”. A company representative said that the company refused to supply diesel generators Kerch adverti due to EU sanctions.

“This issue was carefully considered and it was decided that it would not fit the existing sanctions regime. Therefore Wärtsilä is unable to provide the requested equipment,” he said.

We will remind, on 11 July it became known that Russian companies supplied to the occupied Crimea turbines of the German company Siemens. The Peninsula was taken at least two of the four installations that were set for the project in Taman