NACP called the head of the state due to incentive cousin 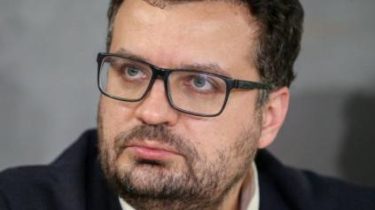 The national Agency for prevention of corruption has invited the head of the State Agency of Ukraine for the movie Philip Ilyenko to give explanations regarding the application of the incentive payment to the employee of the state, which is also his relative.

“The national Agency found that being in a managerial position of the Central body of Executive power, that is, as a person authorized to perform state functions, which is subject to the law of Ukraine “On prevention of corruption”, the Chairman of the state Agency of Ukraine for cinema in the period 2016-2017 took steps and made decisions in a real conflict of interest. The corresponding conflict during decision-making administrative character concerning the use of incentive payments in respect of the employees of the State Agency of Ukraine for the movie, including directly related to the person with whom Philip Ilyenko is in family relations – head of Department of state regulation of Kinovideoprokat control of state regulation and implementation of film projects of the State Agency of Ukraine for the movie is the cousin of the Head of the said Agency”, – stated in the message.

In NACP think so Ilyenko has violated the requirements of the law on the prevention and resolution of conflict of interest, as well as in his actions contained elements of corruption.

“The head of state Agency of Ukraine for the movie invited to arrive at the National Agency January 25, 2018 at 11:00,” – said the Agency, noting that the absence of officials is not an obstacle for further possible measures, in accordance with the requirements of the legislation of Ukraine on administrative offences.

We will remind, earlier investigators have uncovered a major scheme of theft of millions of the budget through the state.