In Kiev was held an exhibition of cats 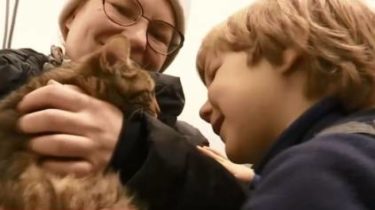 In the capital, the volunteers staged for pristroystvo homeless cats. They gave wishing only after the interview, a signed agreement and commitment to report on the life of four-legged, said in the story TSN.19:30.

The center for adoption Kiev was attended by whole families and even lined up in the queue. Little Daniel didn’t sleep well before night, because I was worried whether they will have enough animals. A fluffy spotted immediately. “Black-and-white, but I think without luck. Goosebumps,” admitted a 9 year old boy.

Video settings the capital, the volunteers arranged for koto and fair

For homeless animals, thus looking for the owners. But give only under certain conditions: first, potential owners are interviewed, sign an agreement, and then have to report how four-legged live in a new place. 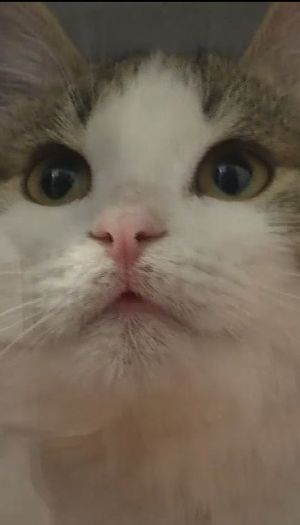 Four-legged gave nothing previously their volunteer account examined, vaccinated and sterilized. Cats willingly huddled to potential owners, and the volunteers were warned that for the cat and then his new owners must report: – send photos as proof that the animal is all right and to let it possible to verify the living conditions of the cottontail. All these are forced measures, because it is not time, the volunteers were faced with human cruelty and irresponsibility. “We have, apparently, were all occasions: and when we were taken, and when it didn’t. We had an unpleasant case, when the animal some time after we have picked up, thrown into the street. We always ask to return to us,” say the animal rights activists.

In Dnipropetrovsk regional administration “works” is a real cat

Boris with his parents on the seals only came to watch, but his mother could not resist. “These are the servants of Vaska – they are closer. Well, a good thing. Small cells, it is sad, I took her in his arms – she samardala. So, our” thought Oksana. She and the other new owners of cats signed the contract, pledging to care for an animal. Among the prerequisites for installing nets on the Windows so that the cat suddenly fell, and her lack of free access to the street. In General, the volunteers found shelter for almost five hundred animals.