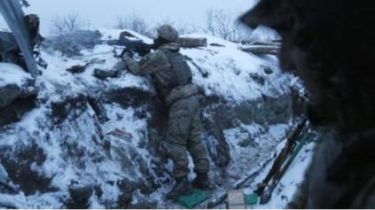 On the arc Svetlodarsk was defeated position of the militants “Adidas” on important strategic height.

This was reported in his Facebook volunteer Yury Mysyagin.

According to him, with the fortified positions of the terrorists constantly fired at the Ukrainians.

“So you understand its importance for terrorists, and so, it is no less important and well known strategic position of “Ant”. So, yesterday, it was well off and burned logs, which it strengthened in several setups,” – said Mysyagin.

“Perhaps once again the “Third force” has quietly mentioned and quickly disappeared into the dark,” added the volunteer.