Poroshenko promised to sign the law on de-occupation of Donbass 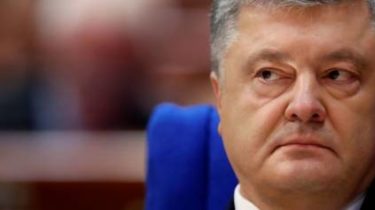 Ukrainian President Petro Poroshenko said he would sign the law “About features of state policy on ensuring state sovereignty of Ukraine on the temporarily occupied territories in the Donetsk and Luhansk regions“as soon as it will come from the Verkhovna Rada.

He stated this during the celebrations on the occasion of day of conciliarity, writes UNIAN.

“I want to be clear – I will sign it as soon as it will come from the Ukrainian Parliament, the Verkhovna Rada… the law establishes the right of Ukraine to self-defence in accordance with the 51st article of the UN Charter and details the mechanism for its implementation”, – he stressed.

According to Poroshenko, the law confirms the priority of peaceful political and diplomatic settlement of the situation in the Donbass.