Is there life without IMF loans. Danyluk announced a possible access to international capital markets 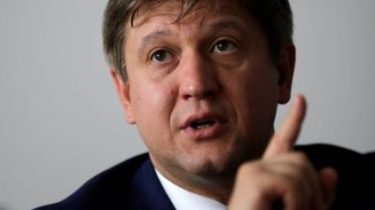 In the first half of 2018, closer to the summer, Ukraine can once again, like last year, to enter the international capital markets – to issue Eurobonds.

This was stated by Finance Minister Alexander danyluk, being in court in London. There 22 Jan considered the appeal of Ukraine on the so-called “Yanukovych debt” of 3 billion dollars, which Ukraine has to pay Russia. About it writes Reuters.

“There are financial needs, and as the Minister of Finance, I have to meet the requirements. Any time the markets are ready, when we have the optimal time, we must use the market. We have plans for this year, and investors are waiting for us”, – said danyluk about the possible issue of Eurobonds and added that such “opportunity” may appear before the end of June.

The Minister assured that getting funds through the sale of Eurobonds does not weaken the country’s commitment to reforms, including demands from Kiev main creditor – the international monetary Fund. One of the requirements of the IMF – to create an anti-corruption court. The Fund has criticized the President’s bill and is unhappy that the document did not guarantee the independence of the court.

“Hopefully we’ll get a document that will satisfy us all”, – said danyluk.

He added that the bill might include and suggestions of the IMF.

“We always are looking seriously at the IMF. Especially in the areas where Ukraine has less experience,” said the Minister.

The slow progress in the establishment of the court for independent and transparent consideration of cases of corruption of senior officials has become one of the major obstacles the allocation of Ukraine the next loan tranche from the IMF.

Ukraine still never was able to successfully complete the previous program of cooperation with the IMF. Danyluk said this time he remains optimistic, if maintained the same pace of reforms, which was last fall.

“Not much we need to do to finish,” he said.

The Minister refused to comment on whether Ukraine will ask IMF to continue the program that expires in early 2019.

“2018 is not the end of history. We have a very long cooperation with the IMF. And it is clear that we will continue to work together,” says danyluk.

Meanwhile, the national Bank announced the amount of Ukraine’s debt to the IMF.