“Kyivmiskbud” was named the most trusted Builder 2017 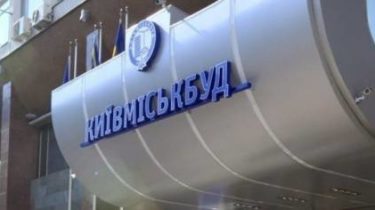 The ranking compiled by real estate portal Domik.ua by results of voting of users of the resource.

According to the Head of the Board-President “Kievgorstroy” Igor Kushnir, the criterion of reliability is a Holding company one of the main.

“Start the year with such news is a good sign. Given that the company has big plans for 2018., superiority among the reliable developers is a sign for the investor. “Kyivmiskbud” will continue to perform its obligations at one hundred percent, therefore, convinced that such recognition will not be a rarity for the company. This is a good start, but the continuation will be even better,” said Igor Kushnir.

As noted by the organizers of the 2013 edition Domik.ua holds rating vote regarding developers that can be trusted. Any validated user can choose a Ukrainian construction company, which trusts in the section of the forum is “Developers are worthy of trust.”

We will remind, last year “Kyivmiskbud” was awarded the title “Leader of construction industry”, “Ukraine”, “leader of the year”. In addition, the President “Kievgorstroy” Igor Kushnir takes the first place among the leaders of construction companies the ranking of the 30 best managers of Ukraine.