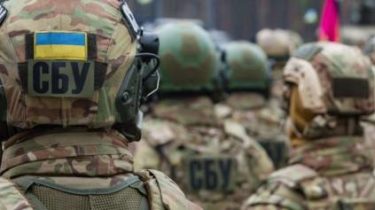 SBU released audio of telephone conversations between the leader of the PMC “Wagner” Dmitry Utkin and General of the Armed forces of the Russian Federation Yevgeny Nikiforov with the call sign “Tambov”.

This is stated on the website of the SBU.

On records you can hear Utkin and Nikiforov, discussing the nomination of militants and military equipment PMC “Wagner” in a fighting position.

As reported on the website of the Ukrainian security services, this conversation took place on 27 January 2015.

Earlier, the SBU has published evidence of the cooperation of one of the leaders of the so called LNR Igor Cornet PMC “Wagner”.

“According to our information to help the “rebel” cornet came the militants of the so-called” private military company “Wagner”, about which the Service has repeatedly told. We have documented that the friendship of the head of the PMC “Wagner” Utkina with the Cornet has a long history”, – stated in the message.

Videosby identified 150 militants PPK “Wagner”, which is at war on Donbass on the party of the Russian Federation