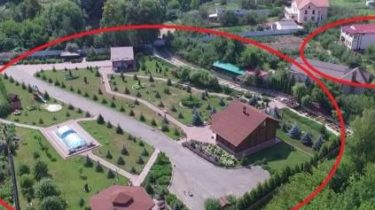 The court of appeal overturned the decision of Solomenskiy district court of Kyiv regarding the arrest of property of the former Deputy Minister of internal Affairs Sergey Chebotar in business purchases of backpacks for the interior Ministry.

This is stated in the court order, published in the Unified state register of court decisions, writes, “Word and deed”.

“The ruling of the investigating judge of the solomiansky district court of Kyiv, which satisfied the petition of the detective NABOO… and liens on the property in the joint ownership of the suspect and his wife… cancel”, the document reads.

Thus, the court withdrew the arrest of two houses and flats defendant in the case.

In addition, the court sent the case materials back for re-consideration in the Solomensky district court, explaining that in case papers there are no journal of court session and technical media on which it should be fixed. According to the panel of judges, their absence is grounds to cancel the court decision of appointing a new consideration in court of the first instance.

Recall that in early November, the son of interior Minister Alexander Avakov was detained by the representatives of NABOO. It was suspected of supplying backpacks for the police at inflated prices. Subsequently, the court released him on personal recognizance of the father-Minister Arsen Avakov with the requirement to surrender all passports to the State immigration service. A man wearing an electronic bracelet. And later withdrew the arrest of the property in Kiev and Kharkov, which was imposed after a number of searches.

Also because of suspicion of embezzlement of more than UAH 14 million while tender for the supply of backpacks for the interior Ministry was detained former Deputy Minister of internal Affairs Sergey Chebotar. According to investigators, in 2015, the year he was involved in the procurement at the expense of the interior Ministry of Ukraine backpacks at a price that was significantly above the market average. In this case the goods were not delivered on time, and did not meet the requirements. As a result, the state suffered damage amounting to more than UAH 14 million.

Before the New year, the Solomensky district court of Kyiv extended Chebotar another two months the measure of restraint in the form of personal commitments.

The word I Dilo