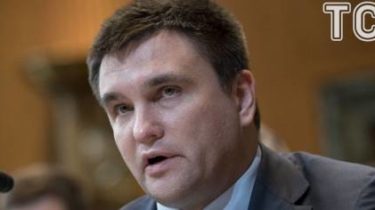 Ukraine denounced the 35 Ukrainian-Russian documents, and eight more should be denounced in the near future.

This was stated by Minister of foreign Affairs of Ukraine Pavlo Klimkin on Monday, January 22, in Kiev during the annual final press conference regarding the activities of the Ukrainian diplomacy. 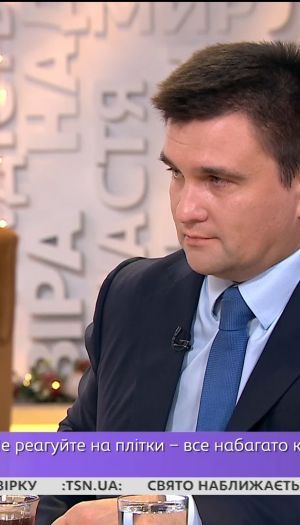 “As of the end of 2017, if I’m not mistaken, we already denounced the 35 different documents with Russia, in particular interstate, intergovernmental, interdepartmental,” said the Minister and added that in the queue to denounce – eight Ukrainian-Russian documents.

Speaking about the negotiations on the settlement in Donbass, Klimkin did not rule out that on the sidelines of the Munich security conference, scheduled for 16-18 February, will host a meeting of foreign Ministers “Norman format”.

“Of course, we will talk about the release of our hostages and our political prisoners. Exactly these two issues were devoted to my last conversation with Mr Lavrov (Russian foreign Minister Sergei Lavrov – Ed.). We are talking about the fact that during the Munich conference on security to meet in “Normandy format” Ministerial” – said the Minister. However, he added that “a clear vision of what will be the results of that meeting, no.”

“Not fire not location”. Klimkin explained why the change of negotiations on the Donbass are out of date

Also commenting on the proposal of the President of Russia Vladimir Putin to hand over Ukraine military equipment of the latter, which remained in the Crimea after the annexation, the head of the Ukrainian foreign Ministry said that Ukraine has not received from Russia any official document for this reason.

Confused about the characters: Klimkin wondered why the Arch of friendship of peoples is still not dismantled for scrap

“I think it’s absolutely clear provocation, because if you look at the Hague Convention of 1907, it is clearly written that the weapon is transferred after reaching the world”, – said Klimkin.