In Ukraine under the guise of reconstruction of the historical events since 2012, was prepared by agents of the Russian Federation – paruby 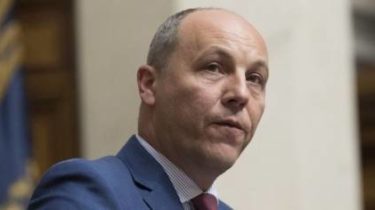 In the South-Eastern regions of Ukraine in 2012, Russian security services have formed a spy network of the Russian Federation.

This was stated by the Chairman of the Verkhovna Rada Andriy Parubiy during interrogation in the Obolon district court of Kyiv on the case deprived the title of President of Ukraine Viktor Yanukovych.

“As it became known to me during his stay in Lugansk, where I negotiated, including with the militants, it became known that already in 2012 on the territory of Ukraine, especially in the South-Eastern regions has formed a network controlled by Russian intelligence organizations, who under the guise of re-enactors world war II, in fact, trained personnel and had a detailed plan for the capture of local administrations, local authorities and, accordingly, preparation for the introduction of Russian troops”, – he stressed.

According Parubiya, such a network existed in the Donetsk, Luhansk, Kharkiv, Zaporizhia, Mykolaiv, Odesa and Kherson regions.

“As I learned later, all groups were not even know each other, they directly went to the leadership of Russian special services and coordinated with them, and in fact the activation of these groups occurred only at the direction of Russia, the Russian security services,” he added.