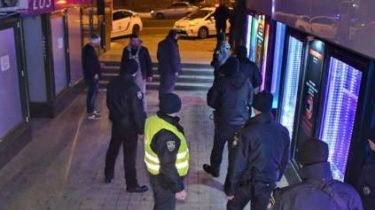 The police commented on the incident, which happened last night in one of the capital’s strip clubs. As previously reported, at the club shooting occurred, during which three persons suffered.

However, police say that information about the use of weapons is not confirmed. It is known that between the two visitors and the security guard scuffle, in which they received soft tissue injuries.

It is noted that after the primary check will make a decision on the legal qualification of the events.

In Kiev in the hall of a strip club, threw explosives

We will remind, the incident occurred on the night of January 24, on Velyka Vasylkivska in a strip club Chiky & Picky. Then after arriving at the scene of law enforcement officers involved refused to give any comments.