Lustful animal: a monkey in Bali groped boob woman in front of her husband 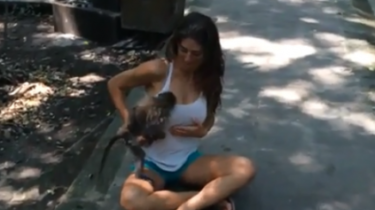 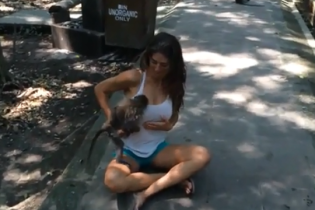 Bali’s husband photographed his wife with manual monkeys suddenly the animal began to climb the woman in the chest, pulling her shirt off.

The corresponding video is published on Unilad.

First, the monkey sits on my shoulder at the woman, touching her hair and playing with them. Later she goes down the woman’s hand on his leg and suddenly starts to feel her Breasts. After that, the monkey defiantly stuck his hand under the girl shirt, and then pulled her so that the woman could see the chest.

“The coolest monkey in the jungle”. H&M used a black child is racist

During the entire process the husband of the heroine laughed it off, saying, “Wait, she’s my wife.” 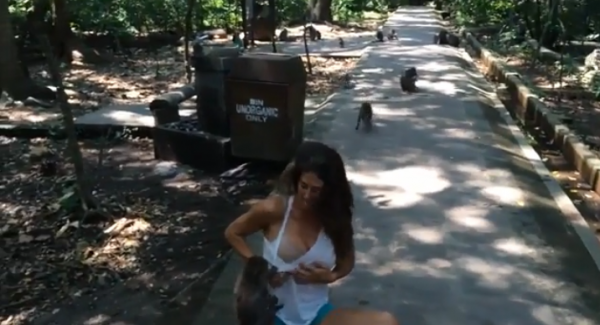 “The monkey climbed on my chest and tried to feed herself with his chest after he sat on my shoulder and played with my hair. It was fun,” the woman wrote in the social network after a comical situation.

We will remind, Chinese scientists the first cloned monkey. Two babies born in the lab a few months ago, it became the world’s first primates born with this technology.