Mobile operators have proposed the starting prices for the 4G license 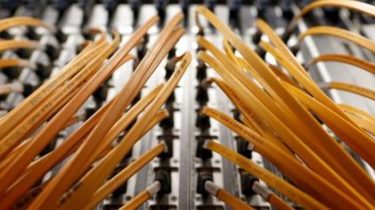 The tender Commission, the NCCRI published price quotations in 4G licenses from three participants of the contest: Kyivstar, Vodafone and lifecell.

This was reported by market source, who was present at the announcement, writes LIGA.net.

Three of the seven lots, the highest price offered by Kyivstar. This is the second, third, and fourth lots, each of 10 MHz. The operator asked for 293 million UAH for each of them.

The highest price for the first item, which is the largest(20 MHz), suggested that Vodafone is 572 million.

For the fifth, sixth and seventh lots (10 MHz) operators have offered the same amount – UAH 286 million.

The auction will begin with the proposals.

Recall, August 9, 2017, the Cabinet of Ministers of Ukraine adopted a decision about the start procedure for the sale of licenses 4G. The initial cost of the license for the frequencies of the fourth generation mobile (cell) radio will be 6.3 billion. It is planned that customers will pay up to 25% of the original value of frequencies to operators of the donor, which is “Kyivstar”, “Vodafone Ukraine”, “MMDS Ukraine”.