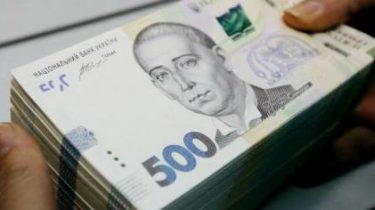 In 2018, the number of large payers of taxes in Ukraine decreased almost two times – last year there were 2.5 thousand, and this year is 1364.

The State fiscal service said that the reduction was due to legislative changes in the methodology for determining such tax payers. Just increased the threshold amounts, which are necessary for inclusion in the registry. Also made reference to the Euro. In an interview with “New time” said the acting President of GFS Miroslav Sold.

“Criteria for big taxpayers changed by raising the amount of income from 1 billion to 50 million euros, and amounts paid in taxes – 20 million UAH to 1 million euros, in particular not less than 500 thousand Euro of tax payments. If in 2017, we served 2.5 thousand large enterprises, taking into account new criteria in the registry of 2018 were selected 1364”, – said Prodan.

These changes were due to the constant migration of taxpayers between tax authorities, which was not effective from the point of view of tax control and led to complaints from businesses.

“In 2017, we got an increase in the number of large taxpayers by 45% compared with the year 2016, and this despite the fact that the criteria for a major payer was revised by increasing the amount of income from UAH 500 million to 1 billion UAH, and the amount of taxes paid – from 12 to 20 million UAH”, – said Sold.

Head of the SFS noted that such changes did not become an obstacle for the transition to the Office of large taxpayers of one-day firms, which are not created for taxes, and were used in the scheme of the formation of the risk of tax credit for VAT.

Therefore, according to him, the reduction is almost two times the number of large taxpayers will avoid this situation in the future and improve the quality of tax services in the Office, which in turn will contribute to the increase in income tax payments.

Recall the ten largest taxpayers include manufacturers of oil, gas, electricity and cigarettes.