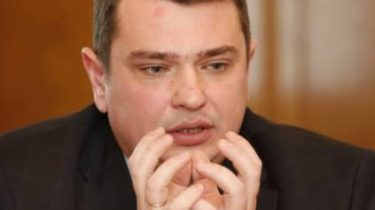 Most loud cases against top corrupt officials falls during the consideration of their courts.

This was stated by the head of the National anticorruption Bureau of Ukraine Sytnyk, UNIAN reports.

“From the first days of the investigation and arrest the case goes to court. And here we have a big problem. Every day we read: this has reduced the bail, released from custody, was reinstated in office,” – said Sytnik.

It also notes that the court cases are starting to slowly “rot”. Thus, the accused person gradually returns to its position, continues to engage in illegal enrichment and was restored in the eyes of society.

“And I understand that these facts do not motivate people who are faced with corruption, to report it. Because even if we will respond, investigate and send the case to the court, then the case begins to slowly “rot”. And charged the person gradually begins to recover in the post, he gradually restored in the eyes of society and actually starting to do what worked before his arrest”, – said the head of NABOO.

Forum in Davos: Poroshenko showed the fight against corruption, and the President of the United States saw for the first time in 18 years

Earlier, the national anticorruption Bureau of Ukraine completed the first investigation of irregularities in the Declaration of the property and sent to the court the act of indictment.