Washed the belly and under the armpits: in a Network there was video cute rat “takes a shower” as a man 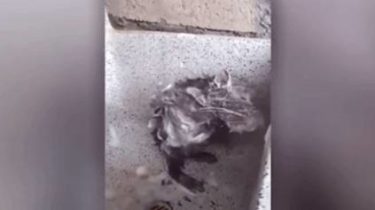 In Peru, a man shot a funny video, which rat clean as man.

The animals bathed in the kitchen sink, smeared with soap.

The tourist Mecca of Europe: in Paris, shot a terrible giant rats in the city centre

In the video, the rat stands on two legs and carefully rubbing under the legs and also your tummy.

The movie has collected millions of views in just a few days and quickly spread in the Network.

Previously, the Network trend was the little rat that was filmed at the station of the new York subway. Hungry animal pulling the stairs a piece of pizza twice her. However, despite the inconvenience in movement, the rat drops production.