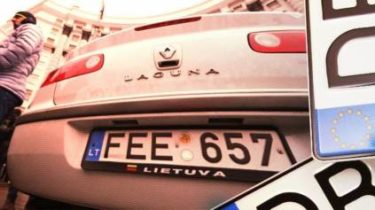 On Sunday according to the State fiscal service of Ukraine.

Video”EuroBLECH”: the penalties for the euronumber and how to drive a car from abroad

From member countries of the EU most cars were imported from Poland – 110.7 thousand cars. In second place – Lithuania (51.7 thousand), followed by Germany (19.8 per thousand), Bulgaria (14,1 thousand) and the Czech Republic (13.1 thousand).