In Ukraine, want to monetize subsidies on rent 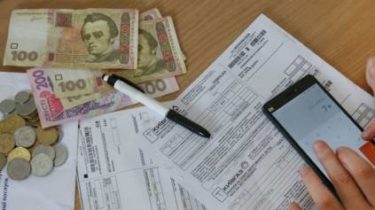 The Ministry of Finance proposes to monetize subsidies to pay the rent. That is, citizens will get funds partial assistance from the state for utilities, and already the money will be paid to providers.

“The Ministry of Finance has completed the preparation process, the system changes the resolution of CMU dated 04.03.2002 number 256, which proposes payments for rent (maintenance of houses and constructions and house adjoining territories), management of the apartment building, removal of household waste and liquid sewage directly to the accounts of consumers who’ll be able to pay for communal services”, – explained in the Ministry of Finance.

Recall from 1 January 2018 in Ukraine launched the first phase of the monetization of subsidies. Partial compensation for services, the state transfers directly to accounts of suppliers of these services (housing office, osmd, ZHSK). However, there was a substantial delay. To 24 the number of promised money never arrived. Treasury notes that have listed while only 50% of the amount.

“From 1 January, in connection with the changes in the regulatory calculations according to this scheme, substantial problems have arisen. According to the new mechanism of monetization of subsidies, as of 7 February 2018, the Treasury listed a subvention for repayment of the debt formed on January 1, 2018, in accordance with the filled registers and instructions of the Ministry of Finance in the amount of 9 billion by 43.1 million. Including to the accounts of associations of condominiums / housing cooperatives (condominiums/cooperatives) banks listed 325,6 million. 50% of the funds condominiums/HBC have received on your Bank accounts. Other condominiums/HBC for funds needs to intensify its work with the territorial Department of social protection of the population”, – noted in the Ministry of Finance.