In Kiev airport passengers got into a fight because of the plane. Delayed two flights 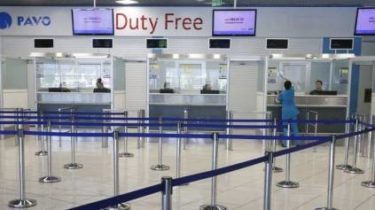 In the capital’s international airport “Kiev” fight the passengers of two flights, because it does not split the plane.

It is noted that the airport has any damage to the aircraft, which was heading to Sharm El-Sheikh, and instead filed another plane, which was supposed to fly to Minsk. The indignant citizens of Belarus started the fight, not letting the passengers on landing in Egypt.

Police arrived on the call, unable to do anything and watched the fight through the glass, because the conflict arose in the transit area after passport control.

At the fight call the guards. Both flights delayed.