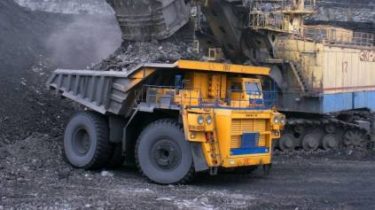 In “LNR” agreed to supply coal from local mines to Turkey through the territory of the unrecognized Republic of Abkhazia, writes Dmitry Tymchuk, the expert of group “Information resistance” in Facebook.

It is noted that the self-proclaimed representatives of Abkhazia, who came to the talks, said that commercial firms have signed agreements with the Turkish on the supply of coal produced in the territory of “LNR”, via the port of Ochamchira.

“According to representatives of the self-proclaimed “Republic of Abkhazia”, which was 29 January in Lugansk, commercial firms Abkhazia and Turkey signed an agreement on supply of coal mined in the territory of “LNR”, to Turkey via the port of Ochamchira (Abkhazia)”, – stated in the message.

Under U.S. sanctions were Polish firm, which sold coal from the occupied Donbass

As previously reported, in “DNR” want to sell coal mined in Africa. Individual enterprises growing arrears in the payment of wages, which leads to their elimination.

Videosourceno: Ukraine will rigidly react to the purchase Europe of coal from the occupied territories