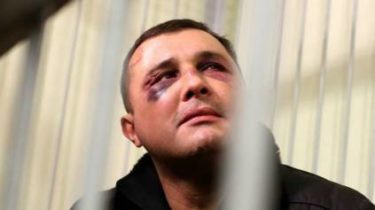 The Pechersky regional court of Kiev chose a measure of restraint the former people’s Deputy Alexander Shepelev in the form of detention until 8 April 2018.

The corresponding decision was announced by the investigating judge Irina Litvinova, writes “UNIAN”.

The court took the decision on the application of a preventive measure chosen on March 26, 2015.

“Determination of the petition. Apply to suspect Shepelev Alexander Alexandrovich measure of restraint in form of detention, elected in accordance with the decision of the investigative judge of the Pechersk district court of Kyiv on March 26, 2015,” said the judge. 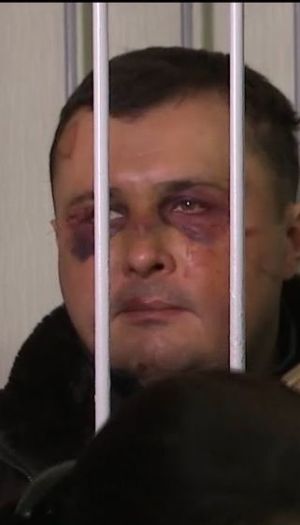 The decision is subject to immediate execution and may be appealed to the Appellate court within 5 days.

The Deputy chief of Department of the procedural management of the Main military Prosecutor Ruslan Kravchenko said that the decision was made according to definition of court from 26 March 2015, because “the suspect Shepelevo was already elected in absentia preventive measure”.

“Now was seen the application of this measure. The suspicion is confirmed by the relevant evidence, i.e. the investigative judge that decision confirmed all our arguments and our evidence confirmed the suspicion, and the risks under article 177 of the Criminal procedural code of Ukraine”, – said Kravchenko.

Today, 9 February, the Pechersky district court decided to choose a measure of restraint Shepelevo behind closed doors. Prosecutors are asking to take the former people’s Deputy under arrest without the right to bail.

Defender Shepeleva in court threatened with a weapon, the employee of the Prosecutor – GPU

3 APR 2015 the Prosecutor General’s office of Ukraine appealed to the Russian colleagues with the request for extradition of ex-MP. In August 2016, the GPU reported that Russia officially rejected Ukraine in the extradition Shepeleva because of his cooperation with the FSB.