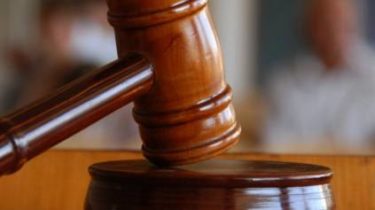 Soldier of the 72nd brigade of the Armed forces of Ukraine Vladimir Balabuha who is suspected of the murder of a man at the bus stop near the metro station “Chernihiv” in Kiev chose a measure of restraint.

The decision was made by the judge of the Desnyansky district court of Kiev Svetlana Kolegaeva, writes “Gromadska”.

As noted, the military took into custody for 2 months, having satisfied the petition of Prosecutor’s office in full.

According to the military public Prosecutor Valery Medvedev, Balabuha threatens from 7 till 15 years of imprisonment.

Remind, the tragedy occurred Saturday, February 10, at the bus stop. Between the two men was a conflict, then one of them went to the store, bought a kitchen knife, returned and stabbed them in the heart of his opponent. The man died before the arrival of the ambulance. The suspect was arrested by the police.