Putin drove to the Ukraine army, may contribute to the deterioration in the Donbass at any time – Poroshenko 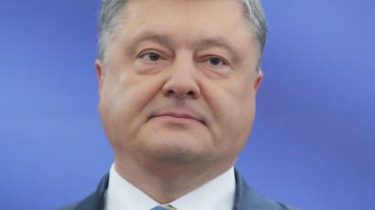 Russia may at any moment try to aggravate the situation in Ukraine.

This was stated by President of Ukraine Petro Poroshenko in interview to German edition Bild.

“Putin in the Ukraine army, that at any moment he can contribute to the aggravation of the situation, if he pleases. I once told Chancellor Merkel: You can imagine that in the East of Ukraine is now more tanks than there is in the presence of the Bundeswehr? On this small territory there are 600 tanks,” – said the head of state.

According to Poroshenko, the worst time was February of 2015, when the bullets of the regular Russian army are killed every day for nearly 25 Ukrainian soldiers.

“In Minsk, we spent 19 hours without sleep, without food. Then an agreement was reached, which would not have happened without the support of the Federal Chancellor Angela Merkel. We, Ukrainians, are very grateful for this, because the situation then was very complex. However, as the whole world knows: the President of the Russian Federation does not comply with the assumed commitments. Always, when he wants, he contributes next escalation”, – assured the President, adding that after the conclusion of the Minsk agreements in the war were killed 824 people.

In addition, Poroshenko commented on the discussion conducted in Germany regarding the possible cancellation of sanctions against Russia.

“These people are either poorly informed or just naive. All is very simple: we are not a part of the Russian Empire, we are a sovereign country. I believe that people like Mr. Chinese (the President of football club “Bavaria” – approx.ed.) it is worth to visit Ukraine, not Kiev, and Eastern Ukraine. Then he realizes that actually we are talking about one thing: Putin must withdraw its troops from Ukraine”, – he said, noting that football fans should decide to go to Russia given the Russian aggression in Ukraine and Syria.

The Ukrainian President also said that very wish the whole world has sent Russia a joint signal that such a policy is not accepted.

“Let’s see what’s going on around the Olympic games in Russia and there does not adhere to the rules, so it was not allowed. The Russian leadership thinks that they can overstep any rules. And so – in all areas,” he said.

The President also noted the importance of Germany’s role in the world and expressed hope that the coalition government agreement future the Federal Government will have a clear position on the Ukraine.

“Putin always happy when somewhere there are at least signs of political instability. It is the instability is what he is trying to form everywhere, where there is democracy. Not only for Europe but for the whole world, it is important that in Germany quickly came to the government. I was very pleased to see a clear statement in relation to Ukraine in the text of the coalition agreement. Those inside the SPD, now discussing the question of membership in the coalition must not forget the important role of Germany in the world”, – said Poroshenko.

Earlier, the Deputy Secretary of the NSDC Alexander Litvinenko said that Russia may resort to large-scale military aggression against Ukraine if it fails to destabilize the situation in the country. According to him, the last time Russia had created two new armies – 8th and 20th combined-arms army. There are three new divisions – 150-I, 3-I, 144. Created a new division in the Caucasus. In addition, Russia is rapidly perevooruzhit air army of the southern and Western military districts, sending out new planes.