The FSB reported on another arrest in the Crimea Ukrainian “spy” 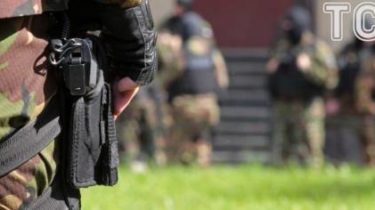 The FSB announced the arrest in Simferopol citizen of Ukraine that allegedly collected and passed to the Ukrainian intelligence information about the activities part of Regardie and the Federal security service.

It is reported by Interfax-Russia, citing the FSB.

“11 Feb, the Federal security service of Russia in Simferopol detained a citizen of Ukraine Konstantin Davydenko. He was purposefully collected and transferred to special services of Ukraine data of the state secret, on the activities of units and formations of the Federal service of National guard troops of the Russian Federation and in respect of employees of FSB of Russia”, – have informed in FSB.

It noted that “a data breach abroad could compromise the security of the state.”

FSB of Russia opened a criminal case for espionage. This is not the first time Russian security services reported the arrest in the Crimea of people who are supposedly working for Ukrainian intelligence. So, last summer, the FSB said the detention of “Crimean saboteur” allegedly the employee of SBU.