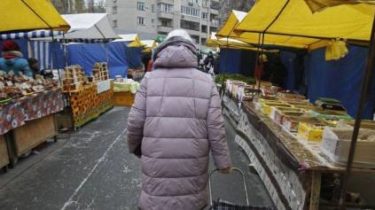 In Ukraine continues to grow inflation. In January of this year, it has accelerated to 14.1% yoy from 13.7% in December last year. On a monthly measurement of consumer prices amounted to 1.5%.

Such data are cited by the State statistics service.

“Actual inflation was slightly above the trajectory forecast published in the “Inflation report” for January of 2018, in conjunction with faster-than-expected growth of prices for raw products and fuel. The current dynamics of consumer price inflation and its components indicates that significant inflationary pressures. The national Bank expects that more stringent monetary policy will contribute to the gradual decline in consumer inflation and its return to the target range in mid-2019″, – stated in the message NBU.

The regulator said that “core inflation in January accelerated to 9.8% yoy (0.7% in monthly terms) and broadly in line with forecast. This happened as a result of more significant growth of prices for services that are counted in this indicator. Their growth rate increased to 15.2% y/y. In particular, significantly increased the tariffs for maintenance of houses and adjoining areas, cable television and the Internet, as well as the cost of healthcare services. This was the result of several factors. First, further displaying wage growth (including from the next increase in the minimum wage from the beginning of 2018 16.3%). Second, the weakening of the hryvnia in the past few months. Third, significant growth in consumer demand, as evidenced by the rapid increase of retail trade turnover in December 2017 (16.1% yoy). Fourth, start of the new fiscal year, which is often accompanied by revision of the pricing policy”.

Increasingly began to appreciate clothing, footwear, other food products, including due to the weakening of the hryvnia in November-January.

“The driver of growth was the postal service, and local telephone service. In addition, accelerated growth in the cost of transport on the urban route transport amid rising fuel prices. But the growth of prices of alcoholic beverages and tobacco slowed down,” – notes the regulator.

Fuel prices increased by 21.8% yoy due to a more significant rise in price of oil on world markets and the weakening of the hryvnia.