I see nothing wrong in priests in the “Mercedes”: Novinsky gave an exclusive interview to TSN 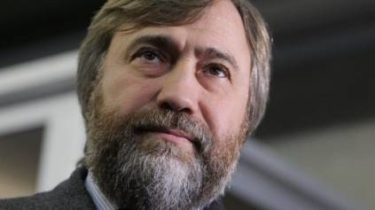 For the first time in several years, the people’s Deputy and the billionaire Vadim Novinsky tried to light the fireplace in my office, but only fogged the room and jokingly accused the journalists of “1+1” in the diversion. Politician showed two shirts and said that it was a Ukrainian patriot, said in the story TSN.19:30.

“Friends gave. This embroidery gave me Alexander Yanukovych on his birthday in 2011 or 2012. Holiday shirts – I wear it and walk around the office,” he said. To clarify, why is the son of fugitive chose this gift, the MP shrugged his shoulders and said he didn’t know. “Last time I spoke with Viktor Yanukovych on 21 February. We had good relations with Viktor Yanukovych, his eldest son and youngest son, the Kingdom of heaven. I never hide do not hide”, – he added.

He regularly travels to Russia, but the blame for the war imposes on politicians of both countries. Likes Ukrainian vodka, but singing Russian songs. Calls himself a patriot, and even wears a shirt for the holidays. But presented him with its Alexander Yanukovych. 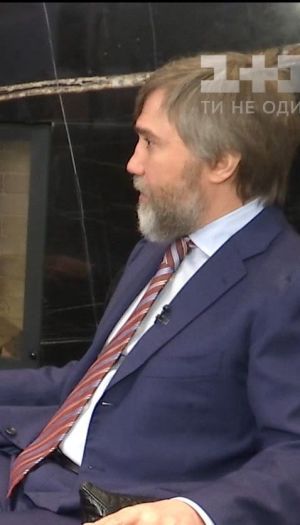 Such relations have Novinsky not with the current President. “It’s not loyalty of the President Poroshenko to me. We have quite a complicated relationship. Digging absolutely everything, and nothing I could find. When Poroshenko became President, there were three waves, to deprive me of my citizenship,” he denied the rumors about the alleged agreement with the Bank regarding security. Active communication with Poroshenko, according to the politician, he does not. “Last time I spoke on the phone last summer. I see it on TV or at the economic forum in Davos,” he said.

More attention was paid to the Deputy ecclesiastical matters, in particular, confirmed that gives members of the clergy cars that are not considered elite. “And what is a luxury car? The cars occupy the last place. And it is not necessary to pay attention to the time at which the vehicle moves one or another Bishop. I gave the car. I say: don’t even try it to someone to sell. If you need to sacrifice for some other purpose – please, we will offer you, will give money for it”, – Novinsky told. And added that luxury is not seeing. “Roads in Ukraine leave much to be desired. “Bentley,” I have not seen a single representative of the Church. Or the “Bentley” or “Rolls-Royce”. Mercedes cars seen. I don’t see anything wrong with that”, – said the Deputy.