The introduction of international standards in construction, will allow to actively attract investment in Ukraine – experts 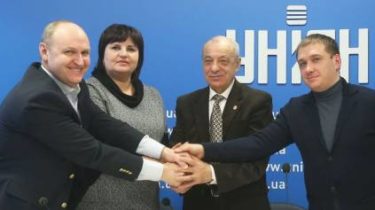 “Ukraine becomes a full player in the international arena. Foreign investors are ready to invest in infrastructure projects of Ukraine or to provide loans, but only on clear conditions. These terms are the international standards”, – said Victor Leszczynski.

“Without the classical school of the builders, without a lot of experience, without regard to the specifics – it will be very difficult to implement in Ukraine the international standards. That’s why we signed a Memorandum of cooperation”, in turn, added Jan Shegurova, President of the Association of engineers-consultants of Ukraine, which includes the International Federation of engineers-consultants (FIDIC).

According to experts, the implementation of international standards for Ukrainian market will help to establish more clear and transparent rules of the game that ultimately will only increase the investment attractiveness of the country.

“Ukraine desperately needs the implementation of major investment projects, development of transport corridors, modernization of communal enterprises. This requires resources. Domestic and foreign businesses willing to invest if they implemented international standards,” said Leszczynski, adding that the implementation of international standards in Ukraine will give the opportunity to participate more actively in tenders of foreign businesses and domestic businesses abroad.

In addition, the introduction of international standards could become a growth driver of the Ukrainian economy, as it will affect not only builders, but also 20 cooperate with related industries and will significantly improve the quality of the work.

“In fact, the standards will go to every house. It is not only builders and their families, but twenty-allied industries. In the end, this will lead to the improvement of the standard of the work, higher wages and economic growth”, – said Victor Leszczynski, who is also the head of the expert organization of construction projects”, PROEXP”.

Academy of construction of Ukraine operates in the market of 25 years and brings together leading scholars and practitioners in the field of architecture and construction; Association of engineers consultants of Ukraine, full member and authorized representative of FIDIC in Ukraine; the Ukrainian community in construction law – leading lawyers in real estate.