In the Donbas during the shelling militants killed a Ukrainian soldier. Chronicle of the ATO 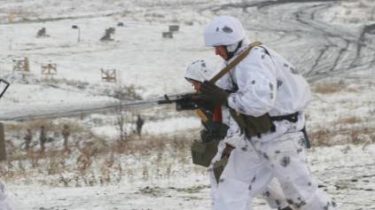 For Thursday, February 15, in the area of ATO in the Donbas the militants six times opened fire on Ukrainian army. During one of them they killed a Ukrainian soldier.

On the Donetsk direction the militants used mortars of caliber of 120 mm and 82 mm near Pavlopol and Chermalyk in the sea of Azov. In the same area, the militants opened fire from infantry fighting vehicle for the defenders of Water. In addition, of the 82-mm mortars, automatic easel grenade launchers and small arms to illegal armed groups fired at the strongholds of the Armed forces of Ukraine near Taramchuk.