In USA moose shot down the helicopter with hunters on it 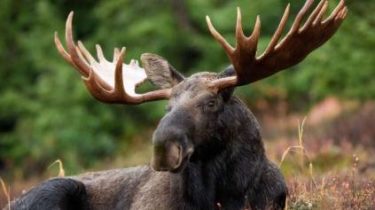 The incident occurred in Utah, where the helicopter was chasing a moose however , the hunt for the animal ended in a tragedy for him and the accident to the aircraft, according to KUTV.

It is reported that the helicopter crew tracked the animal and tried to catch him for the program of wildlife management and was flying very low just three metres above the ground. However, at some point, the rotor touched the elk and the helicopter crashed.

Crew members received minor injuries, but the animal was dead.

“It was only 10 feet above the ground, and it was possible to plant it (the helicopter) back to earth … We catch hundreds of animals each winter, and this has never happened,” – said the representative of management of mark Hadley.