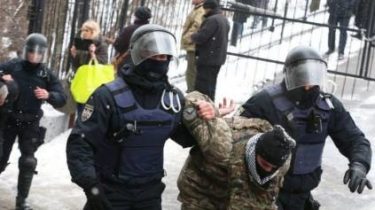 As a result collisions under the Solomensky district court in Kiev three people are detained.

“In General, the police Department brought 36 people, three of them detained in order St. 208 Criminal procedure code of Ukraine, and others – set personal data and released”, – stated in the message.