In the Donbas were injured Ukrainian soldier. Chronicle of the ATO 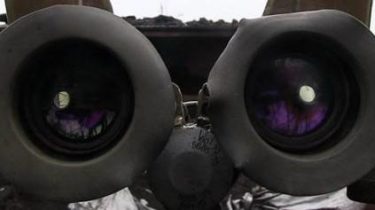 Sunday, February 18, in the area of ATO in the Donbas the militants abstral ten times the positions of Ukrainian army – wounded one soldier.

“In a satisfactory condition, he was taken to a military mobile hospital, and he provided the necessary volume of medical care”, – stated in the summary of the press center of staff ATO.

On Lugansk the direction fighters intensified close to the Crimean, Trinity, Novoluganskogo and Zaytsevy where fired from mortars of various calibers. Of different types of grenade launchers and heavy machine guns they fired at the Ukrainian defenders in the area of Lugansk. Small arms – including machine guns- violated ceasefire near Novoaleksandrovka and Luhansk.

In Donetsk direction militants used 120 mm mortars near Shirokino on the sea of Azov.

Meanwhile, Finland wants to take part in the UN peacekeeping mission in the Donbas.