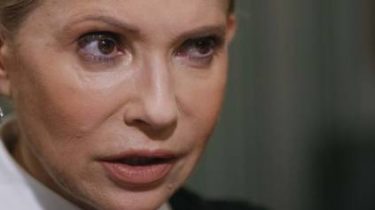 The government of former dictator of Libya Muammar Gaddafi allegedly financed a separate presidential campaign in the United States and Europe, particularly in Ukraine.

According to the Arab newspaper Asharq Al Awsat, in 2010 the Gaddafi regime gave money for the election campaign of the then presidential candidate of Ukraine Yulia Tymoshenko, reports Radio Liberty.

Assistant from the entourage of the son of the Libyan dictator Sulla al-Islam on condition of anonymity said that the campaign Tymoshenko was allegedly allocated at least € 4 million. The money ordered by the then Libyan Prime Minister Baghdadi al-Mahmoudi, they were placed in the bag with bills of 500 euros.

“We went on a private jet, they met us at the airport in Kiev, we spent the night there and returned. The money was the then Vice Prime Minister of Ukraine”, – said the assistant of Gaddafi’s son.

At the same time, the press Secretary of Yulia Tymoshenko Maryna Soroka denied a report in the Arab newspaper: “This information is not true, it’s all true”.

Tymoshenko will run for President of Ukraine

Recall that the protests in Libya escalated into a real war between supporters of Muammar Qaddafi and opponents of his regime (supporters of the national Transitional Council) in 2011.

Major fighting erupted in the Libyan capital Tripoli. On 20 August it was announced the entrance of the troops of the rebels in Tripoli, for several days of fierce fighting, the NTC troops captured the city

The result of the capture of the troops of the NTC of Tripoli, was the loss of the Gaddafi forces and the government of the Jamahiriya control of the situation in Tripolitania (in the future, some members of the government of the Jamahiriya, was detained, part of the former officials fled), the actual international community’s recognition of the legitimacy of the National Transitional Council, enshrined in the recognition of the new government of Libya, the UN security Council on September 17, 2011, granting to the representative of the new government of Libya (national Transitional Council) designated member in the UN security Council. Formally, this means that the United Nations never recognized the government of Muammar Gaddafi.

Muammar Gaddafi was killed on October 20 2011 in his hometown Sirte. The rebels took him prisoner while trying to escape from surrounded the settlement.