The premise of the Shevchenkovsky court of Kiev guarded by a caretaker, until there is a “rotation” of national guardsmen 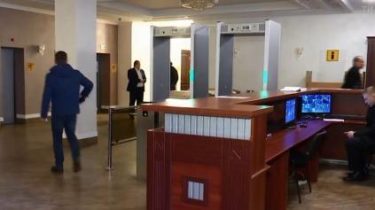 The Shevchenkovsky district court of the capital left without security after police in the morning, left his post without explanation. But Arsen Avakov in social networks has offered to take over from the courts and police and national guardsmen after the court released the man who wounded COP during a meeting in the case of the Odessa mayor Trukhanov, says the story TSN.19:30.

“Around 11:30, the guard left without saying anything. Left his post,” says the caretaker, who took up unexpected security duty. Thus Alexander Panibrat realizes that little will be able to help in case of emergency, because he has no weapons, and relevant skills. “I’m the caretaker. Free men take turns changing – stand guard recorded”, – he explained.

The police in the morning, left his post without explanation, the building now no guards. But Arsen Avakov on his page on Facebook has offered to take over the courts and police and Netguardian. So interior Minister reacted to the decision of Shevchenkovsky regional court of Kiev released the person who inflicted the gunshot wound to police during a meeting on the case of Gennady Trukhanov. 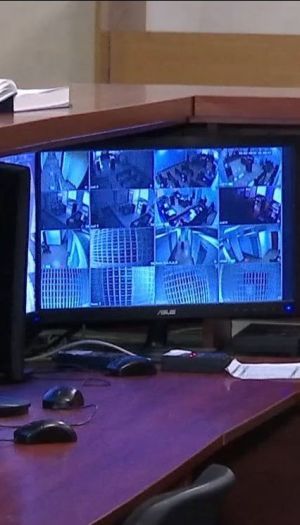 Press Secretary of the Minister of internal Affairs Artem Shevchenko explains that irritation Avakov is not grounds for removing the protection, but the legal prerequisites for this do exist. “The function of protection of the ships – this is a temporary function of the national police and the national guard. This should be done by a special service of judicial protection, which for some reason is still not established”, – he stressed.

Judicial protection would have to create in the last year, but the High Council of justice complaining about the shortage of wanting to protect judges. “Now the judicial administration is engaged in search of personnel who have to carry out. To create such a service within the whole of Ukraine for a short period of time is almost impossible,” – says the Chairman of the Parliament Igor Benedick. The Council’s statement Avakov regarded as pressure on the court, and do not intend to punish the judge who released on bail the suspect in the attack on the police. At least until the written request on it. But the Minister of internal Affairs initiates an extraordinary meeting of the government, which should consider the issue of protection of Ukrainian courts.

All three of those detained during the clashes near the Solomensky court in Kiev, released on bail

Meanwhile, the Department of communications of the Ministry of internal Affairs reported that the information spread in the media about the alleged withdrawal of security units of the National guard of Ukraine from the premises of Shevchenkivsky district court, is not true. “Now there are National guard soldiers continue to serve. During the day there was a replacement of the guards at this facility, according to the plan of organization of duty. The Ministry of internal Affairs calls on the competent authorities, in particular State judicial administration and the Supreme Council of justice perform their duties in accordance with article 160 of the law of Ukraine “On judicial system and status of judges” as soon as possible to create a special independent service of protection of ships”, – said there.

Unknown with an ax smashed cars on site Solomensky court

“In turn, the Minister of internal Affairs as a political figure has reason to evaluate the decisions of public authorities, which de-motivate employees and undermine the credibility of law enforcement. He therefore, according to responsibilities, will continue to protect the legitimate interests of the personnel of all departments of the interior Ministry. The high Council of justice is completely groundless declared pressure on the judiciary, instead of to prevent unlawful procedural decisions that are, in fact, endorsed an armed attack on a police officer. The structure of the Ministry – Netpolice and National guard – will continue to provide, according to CMU resolution No. 906 dated November 9, 2015 “On ensuring the protection of the courts, other bodies and institutions of the judiciary and institutions of judicial expertise”, the protection of the courts, until otherwise lawful decision, and until you have fully implemented the rules of article 160 of the law of Ukraine “On judicial system and status of judges”, – stated in the official document of the Ministry.