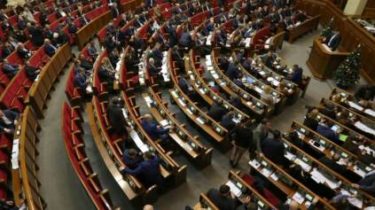 The government approved the draft law “On principles of administrative-territorial structure of Ukraine”. This is one of the priority bills in the legislative route decentralization.

This was reported on the Government portal.

“Today, the Government has supported our legislative initiative – draft law “On principles of administrative-territorial structure of Ukraine”. It regulates the issue concerning the establishment, liquidation, establishment and change of borders of administrative-territorial units, names of settlements and assigning them to certain categories,” commented the approval of bill Gennadiy Zubko, Minister of regional development, construction and housing of Ukraine.

He said that under the bill, establishes a three-level system of the territorial device of Ukraine. It includes the regional level (Autonomous Republic of Crimea and regions), subregional level (districts) and basic – level communities.

The Minister noted that the bill eliminates the duplication of the powers of the district Council and district administration with local governments OTO and removes excess costs for the maintenance of RGA. Also, it will increase the quality of services by increasing local government financing, in particular regarding the establishment of hospital districts and new educational space.

Yulia Svetlichnaya, Valentin Reznichenko and Yury Tkachenko has headed a rating of the most important chairmen of regional state administration

“This is a necessary condition for further successful decentralization,” said Zubko.

We will remind that the President of Ukraine Petro Poroshenko called decentralization one of the main events in 2017 for Ukraine. In the top of the support of the West and its sanctions against aggressive Russia, bezviz with the EU, judicial reform and so on.