Poland plans to open another railway route to Ukraine 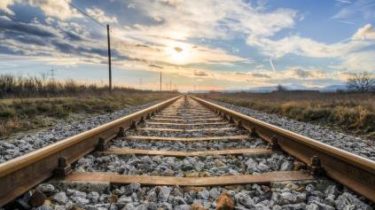 The Ministry of infrastructure of Poland plans to spend 40 million zlotys (about 320 million) on the reconstruction of the railway line Przemysl-Malkovichi and supports the opening of a new border combined – auto – and railway crossing Malhowice-Nyzhankovychi on the border with Ukraine.

This was stated by the Minister of infrastructure of Poland Andrzej adamczyk after a trip on the trolley from Przemysl to the border station and Malkovichi, reports DTN.

“We visited line No. 102 (Przemysl-Malkovichi), which many say in Przemysl. This line is extremely interesting. I was approached by Mr. Kuchcinski (the head of the Sejm of Poland – ed.) with a request to perform, whether it can be restored. (…). I hope that this can be done not only to Malkovichi, Nyzhankovychi, but also to Kroscienko and Zagórz, in General, on this line. I am convinced that it makes sense,” said he. The exact timing for the disbursement of funds and commencement of operations, the official did not name.

Before 1994, the section of Przemysl-Nyzhankovychi-Khyriv-Krostsenko cruised the train Warsaw-Zagorz. He passed through the territory of Ukraine without any stops. Earlier in the Ukrainian segment of the path there was a European gauge (1435 mm). Since 1994, the plot Nyzhankovychi-Khyriv-Krostsenko was subjected to fixation, resulting in Evrokoliya between Nyzhankovychi and Khyriv was altered on standard 1520 mm. a Combo track between Hariom and Krostsenko preserved. For Poland, the restoration of the route Przemysl-Khyriv-Zagorz is of practical importance, as transit through the territory of Ukraine will reduce the way from Przemysl to Zagorz.

Earlier in Ukraine there were railway routes “Kiev-Przemysl” and “Kovel-Yagodin-helm” .