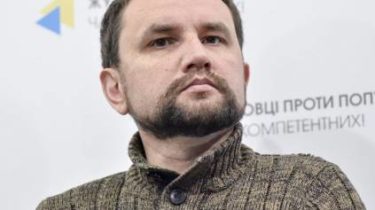 Documents that can be found in the Ukrainian archives, unable to refute the hypothesis of dubious Polish historians, who accuse the Ukrainians, in particular, of “genocide” in Volyn.

This was stated by Chairman of the Ukrainian Institute of national memory Vladimir vyatrovich, writes UKRINFORM.

“After the opening, in particular, Ukrainian archives, the level of understanding of the Ukrainian-Polish conflict during the Second world war significantly changed, deepened, because the vast majority of documents relating to the events in Volyn in 1943, of events in Galicia in 1944, events in UPA in the years 1945-47 are stored in Ukraine. Because the main arena of the Ukrainian-Polish conflict, with the exception of the present-day Eastern Poland, was in the territory of Western Ukraine. Through this we are able to gain access to new materials, to intensify new research and questioned many of those hypotheses that were expressed by Polish historians, in particular the hypothesis about the genocide. This is already evident understand the part of Polish politicians, who are trying to stop these processes of rethinking and using it to interfere with his political decisions – in order to fix once and for all best them a vision of a Polish-Ukrainian conflict, in which the poles were only victims, and Ukrainians are only those who are killed,” – said vyatrovich.

Duda will sign the so-called “antibanderovskie law.” Thus, he ignored the calls of the Ukrainian government and the Polish opposition not to do so. Yesterday in the Ukrainian Parliament the actions of the Polish colleagues condemned as an unfriendly step and double standards. 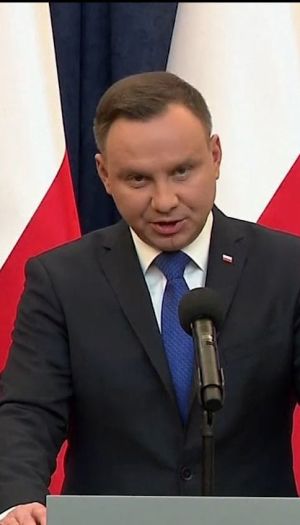 Concerning the further relations of poles and Ukrainians, he expressed the hope that, in the context of Economics and security will remain an absolutely normal level of cooperation.

“But I have a fairly pessimistic so far, the expectations regarding the cooperation in the humanitarian sphere and in the legislature related to the overall understanding of the past. The trends that currently exist in Poland, make it impossible for a normal dialogue, some normal discussion. And Ukraine and Poland require these discussions,” he concluded.

Recall, February 1, the Senate of Poland in the middle of the night adopted without amendment the law concerning the Institute of national remembrance of Poland, which prescribes criminal liability for denial of crimes of Ukrainian nationalists against the poles. 6 Feb controversial law was signed by President Andrzej Duda, which could significantly worsen relations between the two countries.