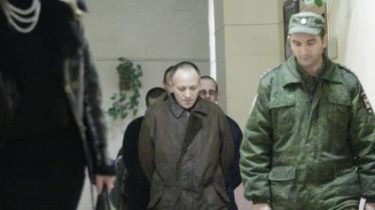 Occupying the administration of the self-proclaimed “DND/LNB” does not enforce basic human rights for prisoners in places of deprivation of liberty, which remained in these areas. This is the main conclusion of the project “Monitoring and protection of the rights of prisoners who are in ORDO” which conducted three human rights organizations of Ukraine: “Donbass-SOS”, “Alternative” and the Kharkiv human rights group.

“The history of the interviewees who managed to get out and to leave the territory controlled by Ukraine, are terrifying,” says the expert on documenting human rights violations human rights organisation “Donbass-SOS” Natalie Miller. According to her, in General, uncontrolled by the Ukrainian government areas is about 10 thousand prisoners in the Donetsk region and more than 6 thousand – in Lugansk.

Representatives of human rights organizations of Ukraine called the prisoners who remained in prison on the occupied territories of Donbass, “the invisible victims of war”. As stated by the Director of the Kharkov human rights group Evgeny Zakharov, through military action and attacks on the now occupied territories of Donbass killed at least 10 prisoners and another 26 were wounded. He noted that due to the lack of comprehensive information, the real numbers may be much greater. “One of the colonies in the Donetsk region is now between the positions of the two parties. She tried to take the territory they control, but it failed,” said DW Zakharov.

2014 on the territory controlled by Ukraine was able to carry 200 women convicts from the penal colony Department in the Luhansk region. And the areas of Donbass, which are controlled by “DNR” over the last three years has been able to translate only 186 prisoners. There are still more than 800 applications for transfer, which had managed to obtain from the prisoners in the Donetsk region, said Yevhen Zakharov. Human rights activists have already passed this information to the Ukrainian authorities, but the leadership of the “DNR” statements are not considered.

But the leadership of the self-proclaimed “LNB”, according to human rights defenders do not conduct any negotiations on the transfer of prisoners. The head of “Eastern human rights groups” Pavel Lisyansky DW reported that prisoners in places of deprivation of liberty in uncontrolled Kiev areas of Lugansk and massively written application for transfer. “But the so-called “power” LNB does not give us prisoners, because it is their exploits in labor slavery. We have evidence that people don’t get fired or transferred to Kiev-controlled territory just because they are making money in labour camps,” said the defender.

Enclosed in a self-proclaimed “DND/LNB” suffer from malnutrition and are often held in inhumane conditions, say human rights activists. In some penal colonies, according to them, cases of hunger and starvation, as well as cases of termination of water supply, through which the prisoners had their own bore wells for drinking water. “In one of the colonies convicts were left without heating, and in cold season the temperature in some cells drops to 5 degrees Celsius. They were warmed “stove” coal which were bought at the expense of their relatives and loved ones,” said Yevhen Zakharov.

According to him, after the end of medication that remained from before the war, wounded in the fighting prisoners were left without medical care. And even specialized colonies containing AIDS and tuberculosis, with weight related diseases, survived a long time without medication, before they began to arrive from Russia, said a human rights activist.

Yevhen Zakharov said that the prisoners in the occupied territories are deprived of the right to a fair trial and rendered the verdicts of Ukrainian courts are reviewed by courts de facto authorities of uncontrolled territories without the participation of witnesses, victims, lawyers and the prisoners themselves. Unlike the situation in the rest of Ukraine, prisoners in the occupied territory of Donbas do not have access to the Internet, said the defender. This means that they are deprived of the possibility of remote treatment courts and other state bodies on the territory and all rights to appeal the sentences, a review of their cases and parole.

The Ukrainian government and human rights activists, according to Zakharov, in fact, have no possibilities to protect the rights of prisoners in the occupied territories. He says that hope is only that can solve the problem of legal registration of convicts, returning from the “DND/LNB” is now for public participation developed the corresponding bill.