In Kiev desecrated the monument to Lesja Ukrainka 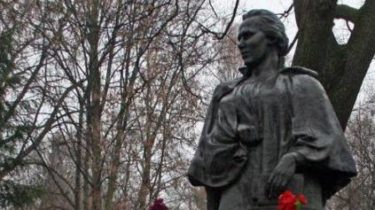 In Kyiv at the Baikove cemetery unknown damaged a monument to the outstanding Ukrainian poetess Lesya Ukrainka.

About this informed the head of the National Union of writers of Ukraine Mykhailo Sidorovsky.

According to him, the eve of the birth of Lesia Ukrainka for her grave came the writers, the library staff and her fans On the spot they saw on the monument there is a bronze garlands.

“Just dumbfounded, seeing the destroyed statue of the great poet – from the majestic bronze garlands, which from all sides was decorated with the monument, leaving only the metal pins” – he wrote.

BEYOND TIME AND ABOVE the VANITY of PRETENDING UNTIL the DAY of BIRTH of LESYA UKRAINKA, on 25 February – the birthday of Lesya Ukrainka. On the eve of…

The leadership of the National Union of writers of Ukraine is preparing an appeal to the law enforcement authorities with a demand to investigate this crime and calls on the Ministry of culture to restore the monument.

As previously reported, recently vandals who cut off the copper head of the monument to Taras Shevchenko, caught in Stryi in the Lviv region. Thieves were two local guys who already had a criminal record.

It happened in Stryi. Found and mutilated fragment of a monument. Thieves were two local guys who already had a criminal record. The head of the bard cut off, to hand over valuable copper in the metal scrap. In the underground receiving point of the metal found her. 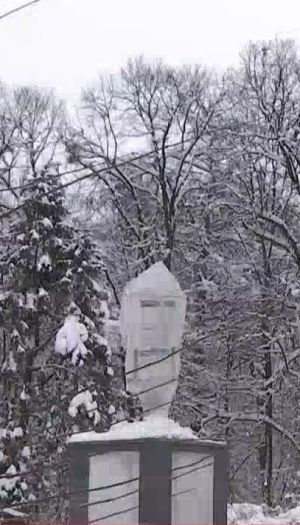