“These bastards will regret it.” The murder of a girl medic in the Donbass angered the military and the USA 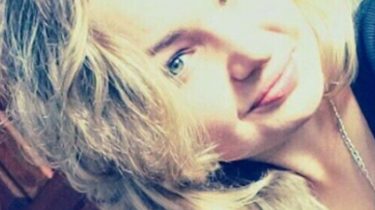 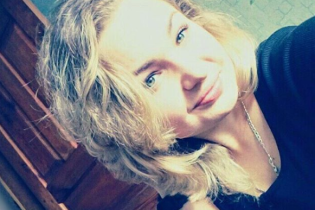 Anti-tank missiles “Fagot” this week was killed in the Donbas the girl / medic Sabine Galicia, which went to save the locals from colds, rheumatism, and pressure. In this cynical murder reacted even in the White house, where they demand to conduct an investigation, according to a story TSN.Week.

Sabine Galician buried in the village of Bastova Rudnya Zhytomyr region. The girl was not buried in a wedding dress, and in the Ukrainian military uniform. Her younger brother Paul also put on a military uniform. Soon the guy goes to the front. He will not forgive. “These bastards will regret the day they set foot on this land,” said the brother of Sabina Pavel Galitsky.

“Arrived in the fall. There was shelling them, and then she went crazy: “There are my guys were as they without me.” Last time it said, “Mom, be proud, we won the two villages,” recalled Tatyana Galitskaya, mother of Sabina.

In liberated from the enemy Katerinovka went mountain armored assault brigade when the commander of the group heard the first shot.

The military went to Katerinovka to help local, because their doctors are not there. Despite the agreement on ceasefire, militants fired at a car with anti-tank missile system. Sabina – medic of the 10th independent mountain assault brigade – were killed on the spot. 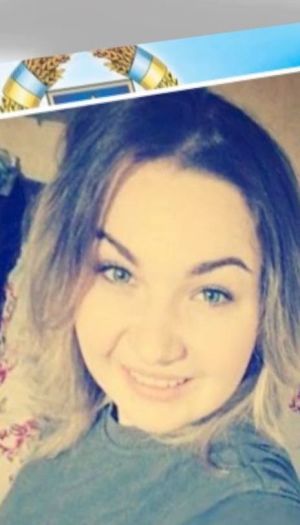 “The shot was at extreme range. You need to be an expert to get in the car at a distance”, – said Vladimir Bucak, the commander of the machine.

And still the enemy shooter had hit the starboard side. “When the first shell came in, knocked me out,” – said Marian Romanic, driver.

Militants hid in the Donbass at least 46 tanks – OSCE

In the car were four. Three young men miraculously survived. “The bulk of antitank guided missile remained on the car from the outside, if he a flew, there would have been minus four. None of them would have remained,” says Marian Romantic.

“I sure shot a well-trained specialist. As they say, people not from the street. He, like hunter, was hunting for this machine. From a distance came under the tower. Under this thin protivobolevoe armor was not a Rifleman, sniper or rocket launcher, and the girl-a medic, a combat mission which was to save the people in the liberated village”, – told the correspondent Andriy Tsaplienko.

“You pulled Sabine, she’s already signs of life did not submit, and I did not lose hope and continued to help. To the last I was hoping that she’s still alive,” – said Vladimir Bucak, the commander of the machine.

In war, soldiers rarely cry and the death of their sister is the case, when not to hold back. Say that she had more courage than some men. Departure was normal, safe, as it seemed, but the commander did not want to let go of Sabine, like felt. Ivan, a close friend of Sabine: “She refused, she was standing on the stairs almost in tears, and here it took, apparently, regretted that she was in tears standing there.”

To the edge released Katerinovka, which waited for her help, Sabina was not reached in 500 metres. Life girl nurse prervalas at a crossroads. Car Sabina not the first that was hit by a missile near Katerinovka. In January 2017 torn the car killed the scout, captain Vitaly Senyuk. Killed him a shot of anti-tank complex with longer distances on the road, which was considered safe. In all such cases it is possible to count no less than half a dozen. There is every reason to believe that the Ukrainians hunts one and the same shooter. “I often visited these liberated villages, but it so happened that never saw Sabine. She always avoided the camera. Even the footage, which medics mountain assault brigade take patients to the hospital, Sabine misses the lens. The first and last time we bumped into her on a dark highway. Drove it home, and I went where it was not. And in that moment, when a simple village girl was returning home through the indifferent lights of civilian towns, made a dramatic statement of the most powerful state in the world. For the first time from the beginning of the war, the U.S. state Department reacts to the death of one person”, – said Tsaplienko.

Heather Nauert, the speaker of the US State Department: “the 23-year-old medic killed while helping civilians near the loc. This incident is a reminder that the conflict in Eastern Ukraine escalates. Russia created the conflict in 2014 and continues to lead its armed puppets in the Donbas. The United States again calls on Russia to order his appointees to adhere to a complete cease-fire and agree to the stationing of a peacekeeping mission.”

The death of Sabina becomes the external political factors, but no global Ukrainian achievements will not return the mother to her daughter.