Poroshenko said, how it differs from its predecessors 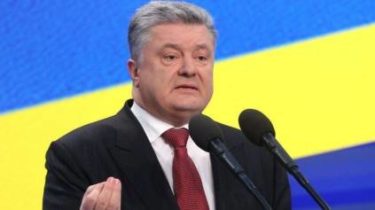 The President of Ukraine Petro Poroshenko assured that he will do everything possible to conduct a full investigation of the murder of journalist Pavel Sheremet.

He stated this during a press conference at the National cultural-art and Museum complex “mystetskyi Arsenal”.

“I know I differ from the previous one? I will work with you to do everything possible to have us there is not one closed part in the investigation of the murder of journalist Sheremet. I met with journalists, including from “Ukrainian truth” and relatives of Pavel Sheremet. I made a promise: give any investigator from anywhere in the world and I will do my best to introduce him to the investigative team. Can this increase the chances? Maybe this will increase the trust? You don’t like it? Looking for someone who can do it better. I’m not the investigator. I have to create the conditions”, – he stressed.

According to the President, Ukraine now has a unique situation.

“We have no policy that would have had an overwhelming number of votes. The war of all against all. Suitcases of compromising often not been confirmed by anyone. Programs social networking programs fake news” – added the head of state.

In his opinion, therefore, in the Ukrainian society, not only within the country, you want to spread depression and gloom.

We will remind, earlier Poroshenko said the talks about the second balloting for President. He stressed that deals exclusively with the reform, defence, foreign policy, and not ratings.

“The decision regarding participation in the election campaign I will make when the campaign is started. Now we need to make a Union of all political forces, society,” – said the head of state.