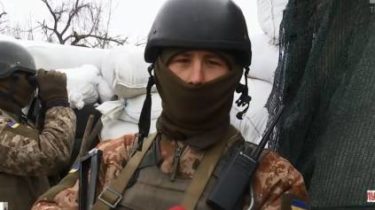 The village Lugansk near the occupied regional center is now controlled by the paratroopers of the 80th brigade, which is formed mainly of immigrants from Western Ukraine. In 2014, they liberated the adjacent territory, and now back to prevent the enemy’s advance into Ukrainian land, says the story TSN.19:30.

The fighter with the Callsign “Lime” tells about the peculiarities of his current position: on the one hand, to the enemy of some couple of hundred meters, it is the only major crossing of the demarcation line for hundreds of kilometers. “A quiet day, and by night are provocative attacks,” he says. Communication with the civilians who cross the checkpoints, can soothe, because those needs quite peaceful – fall in the pension Fund, to ATMs, market with cheap Ukrainian goods. Residents of the occupied territories called the price of food at home in rubles and immediately converted into the hryvnia. “Standard vodka, half a liter, costs 80 rubles, 40 hryvnia on our way,” called the only cheap in the occupied territories product the residents of ORLO.

However, paratroopers is a question of the prices of vodka in territory subject to terrorists of “LNR” don’t care. Fighters say that in no case should not lose vigilance because the enemy is treacherous and at any time can go on the offensive – even despite the presence of civilians. However, the fighters of the 80-Ki only in secret and waiting. “Well, we’re a third of the personnel does not want to sit on the ground – it’s time already to release Donbass”, – says the commander of one of the units of the brigade of pseudo “Mosquito”.

Paratroopers in the Luhansk region as home. Brigade formed mainly of fighters from the Western Ukraine. At the beginning of a stormy 14-year they liberated the land and now back again to not allow the enemy to pick up any piece of Ukrainian land. 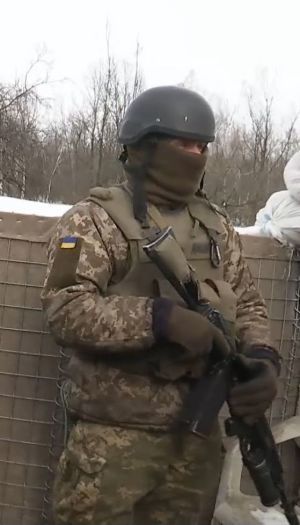