During the shelling in the Donbass, the militants destroyed two houses. Chronicle of the ATO 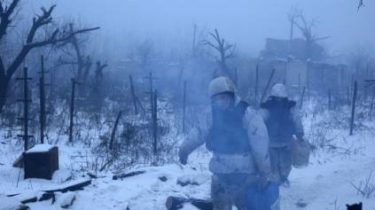 During the shelling in the Donbass, the militants destroyed two houses. Chronicle of the ATO

No information on casualties.

Militants violated the truce last two days. For Friday, March 23, in the area of ATO in the Donbas has carried out one attack and blew two houses.

“Russian occupation troops continue to disrupt the agreement on full cease-fire. From the beginning of the day recorded one attack. On Donetsk the direction from 120-mm mortars, the enemy shelled the town of Avdiivka. There had been six mortar rounds. According to preliminary information, destroyed two summer houses and a barn,” reads the summary of the press center of staff ATO.

The armed forces of Ukraine remain on the positions on the front line.

“The situation on the demarcation line of the parties is securely controlled by the Ukrainian troops”, – stated in the message.

We will remind, the OSCE extended the work of its mission in Ukraine for another year.