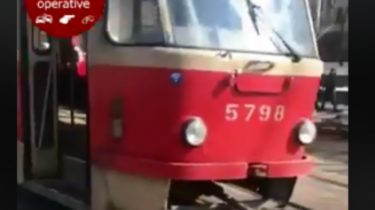 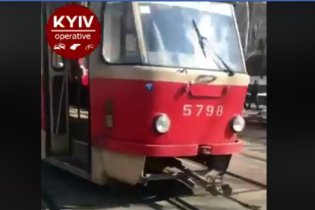 Movement of trams on the street paralyzed.

In Kiev on the street Hlybochytska , the rails came off the tram.

About it reports “the Kiev Operational”.

The video shows the tram is at a certain angle to the track, because it flew off the front wheels. The man who was driving by and saw that the front carriage has a broken wheel.

The huge stopper was formed on the Zhytomyr highway to the capital, due to an accident

Right now at ul, tram descended about a rail. The movement of trams stopped.

The movement of other trams on the street Hlybochytska suspended because of the incident.

We will remind, on Friday, March 23, in Kiev Bandera Avenue near the shopping center Skymall occurred accident involving a minibus and a trolley bus.