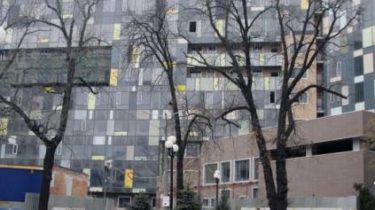 The Prosecutor’s office said everyone involved in the case of suspicion.

About it reported in a press-service of Prosecutor’s office of Kyiv.

“The head of a chemist’s warehouse NDSL by abuse of his official position in the period from 2012 to 2015 appropriated drugs under the pretext of issuing them to the hospital for a total of about 3 million UAH”, – told investigators.

Moreover, it became clear that 6 senior nurses offices “Okhmatdet”, which, being financially responsible and empowered about the possibility of obtaining, storing and control of the drugs, wrapped in its favor drugs for a total sum about 5 million UAH.

Now all reported suspicions of embezzlement, zavskladom sent under house arrest, the election of the senior nurses of the preventive measures is decided, the pretrial investigation proceeds.

We will remind, last year “Ohmatdyt” deteriorated medications on one million hryvnias, and had to be written off. Medicines have acquired for budgetary funds within the framework of international procurement, however, due to delays in the delivery of drugs to a children’s hospital managed to only use half.